TRELODEX | The U.S. economy is cooling, but it’s not collapsing
10544
post-template-default,single,single-post,postid-10544,single-format-standard,edgt-core-1.0,ajax_fade,page_not_loaded,,hudson-ver-1.5, vertical_menu_with_scroll,smooth_scroll,blog_installed,wpb-js-composer js-comp-ver-4.11.2.1,vc_responsive 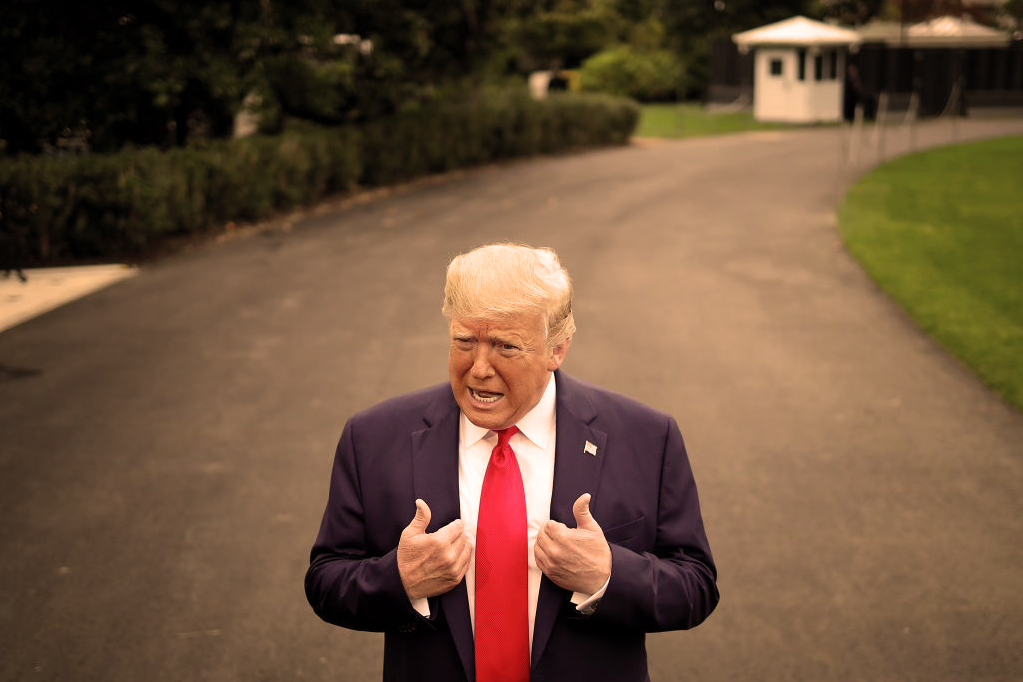 The U.S. economy is cooling, but it’s not collapsing

By just about every measure, the U.S. economy is slowing down, but it isn’t collapsing. Perhaps a good metaphor is the economy right now looks like most people do after a workout: Tired but still able to walk and continue the day.

Growth has slipped from close to 3 percent last year to closer to 2 percent now. Job growth, which averaged 223,000 last year, is running at a more modest 161,000 so far this year. And wages are increasing, albeit at the slowest pace in over a year.

Among economists, this picture is described as good but not great. There’s a lot of applause that the U.S. economy has been growing for over a decade now — a record expansion. The official U.S. unemployment rate down to a half-century low of 3.5 percent after a record 108 months of job growth that has seen many minority women make historic gains.

But whether this picture is good enough to give President Trump an edge in the 2020 election is an open question.

“A 2 percent economy is fine for economists, but that is a presidential recession,” said Joseph Brusuelas, chief economist at accounting firm RSM.

Trump vowed that growth would top 3 percent (or even 4 or 5 percent), and he has yet to hit that bar. In fact, Trump is heading into election 2020 with an economy that looks a lot like the one he blasted as weak at the end of Obama’s presidency: Growth is decent but not spectacular, and manufacturing is in a recession, just as it was for much of 2015 and 2016.

Manufacturing and agriculture are clearly in trouble right now. Manufacturing is already in a recession and the latest data out this week indicate it is probably getting worse. In August, about half of the manufacturing sectors reported problems. By September, over 80 percent were contracting and layoffs have started, according to the closely watched Institute for Supply Management report.

These industries are not big parts of the overall economy. But politically, they are front and center in a number of key swing states. It is perhaps no surprise that Trump’s approval rating has fallen sharply in states like Iowa and Wisconsin where these industries remain crucial.

These pockets of pain in the economy are stemming mainly from two factors: Trump’s trade war and deeply slowing growth abroad. No one has a clue when the trade war will end and all the uncertainty has caused business leaders to cut back on spending. Business investment fell in the second quarter, and the early indications are that it isn’t recovering.

Trelodex
Wheat prices have hit their highest level in over five years in response to record hot, dry weather in growing regions and global food insecurity exacerbated by the pandemic and the lockdowns imposed to fight it.

Wheat Prices Skyrocket After Dry Weather, Coronavirus Lockdowns
Wheat prices have hit their highest level in over five years in response to record hot, dry weather in growing regions and global food insecurity exacerbated by the pandemic and the lockdowns imposed to fight it.
wsj.com
1    View on Facebook

Can Germany cool its monetary-policy debate? – TRELODEX
Oct 04 2019 Can Germany cool its monetary-policy debate? Economy 0 It must soon appoint a new official to the ECB Nothing inspires German newspaper illustrators like the European Central Bank’s monetary policies. Bond-buying is represented as a tsunami of cash. An uptick in inflation becomes a eur...
trelodex.com
1    View on Facebook